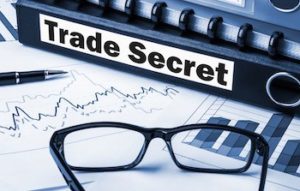 (January 15, 2020)   In the recent case of case of Zeigler Auto Grp. II, Inc. v. Chavez, 2020 U.S. Dist. LEXIS 6582, a federal judge in Chicago partially granted a request by Zeigler Chevrolet-Schaumburg for a preliminary injunction against two former employees who went to work for competitor Bill Stasek Chevrolet, Inc.,  Plaintiff sued for violations of the Illinois Trade Secrets Act and the federal Defend Trade Secrets Act, among other claims.  Below we have provided information taken from the court’s decision in this classic trade secrets case.

As discussed in the case, Zeigler Chevrolet hired Defendant Chavez to serve as general manager and considered him a high-level employee with a variety of key responsibilities. Chavez also participated in Zeigler’s Performance Group which discussed the health of the dealerships including finances, business processes, sales, negotiating tactics, hiring practices, legal matters, and other alleged sensitive topics. Defendant Maravelas reported directly to Mr. Chavez. Both men were given exclusive log-in access to the VinSolutions system employed by Zeigler Chevrolet and were required to sign an agreement including “non-competition”, “non-solicitation”, and “confidentiality” provisions. According to the allegations in the case, the VinSolutions system is utilized by Zeigler Chevrolet and keeps track of purchase history, car servicing information, data for sales leads, and notes on customer habits or interactions.

Allegedly, Mr. Chavez resigned, returning his laptop and cellphone reset with no information and allegedly withholding a USB compiled of confidential Ziegler Chevrolet documents. Shortly after, Mr. Maravelas began having contact with Mr. Stasek and Mr. Chavez regarding his intentions to quit his position at Ziegler Chevrolet and logging into the VinSolutions system 40 times over the course of one month while still employed by Zeigler.

Plaintiffs sought to enjoin the Defendants to prevent them from disclosing their trade secrets “relating to their pricing strategies, their advertising and marketing strategies, and their existing and potential customers” under the Defend Trade Secrets Act and the Illinois Trade Secrets Act (ITSA) among other claims. The Court noted that given the similarity of the statutes, it would apply the same analysis to both claims.

Reasonable Measures to Protect Trade Secrets.    On the first point, the court noted that both trade secrets laws require that for information to be a trade secret, its owner must take reasonable measures to keep it secret. 765 Ill. Comp. Stat. 1065/2(d)(2); 18 U.S.C. § 1839(3)(B). Defendants claimed that Plaintiffs failed to appropriately guard their trade secrets by not immediately terminating Messrs. Chavez’ and Maravelas’ VinsSolutions system access upon their resignation. The court rejected this defense finding that Plaintiffs still acted swiftly, terminating Mr. Chavez’ access within a day of his resignation and terminating Mr. Maravelas’ by the next business day.  The court declined to “rob Plaintiffs of their trade secret protection when they acted swiftly but not immediately.” (citing Comput. Assocs. Int’l v. Quest Software, Inc., 333 F. Supp. 2d 688, 696 (N.D. Ill. 2004) (explaining that trade secret owners need only take reasonable, not perfect, measures to maintain secrecy)).

Evidence of Trade Secret Misappropriation.   Defendants claimed that no evidence proves that Messrs. Chavez or Maravelas “actually took any information from VinSolutions for their own purposes.”  But the court ruled otherwise, noting that the facts show they accessed the VinSolutions system in an unauthorized manner falling within the definition of misappropriation under the Illinois Trade Secrets Act, 765 Ill. Comp. Stat. 1065/2(a), and the Defend Trade Secrets Act, 18 U.S.C. § 1839(6)(A) (defining improper use to mean “breach of a duty to maintain secrecy” as well as “espionage through electronic means”). The court also noted that both laws define “misappropriation” as either unauthorized disclosure or unauthorized acquisition. 765 Ill. Comp. Stat. 1065/2(b); 18 U.S.C. § 1839(5).

In this case, plaintiffs’ offered testimony that Zeigler employees are not permitted to access the VinSolutions system after they resign and that here, both employees logged onto the VinSolutions systems multiple times directly leading up to and following their resignations, until later termination of their access. Additionally, Plaintiffs presented evidence that Mr. Chavez signed both the Agreement and Zeigler’s Employee Handbook, both of which required him to maintain the confidentiality of Zeigler’s sensitive information, and that Mr. Maravelas also signed the Employee Handbook.  In the court’s view, this evidence supported Plaintiffs’ claim that Messrs. Chavez’ and Maravelas’ unauthorized VinSolutions logins amounted to a breach of their duty to maintain the secrecy of that information and/or electronic espionage, and further provided strong circumstantial evidence that they may have stored or otherwise conveyed that information improperly.  In its ruling, the court noted that other courts have found similar unauthorized access of a company’s electronic trade secrets to constitute misappropriation.  See, e.g., Comput. Assocs., 333 F. Supp. 2d at 696-97 (holding that the plaintiffs had a reasonable likelihood of success when the forensic records showed the defendants repeatedly accessed the plaintiffs’ source code); Liebert Corp. v. Mazur, 357 Ill. App. 3d 265, 827 N.E.2d 909, 926, 293 Ill. Dec. 28 (Ill. App. Ct. 2005) (finding a likelihood of success on the merits when the defendant admitted to accessing and downloading information without authorization hours after resigning). For these reasons, the court held that the record sufficiently showed conduct by Messrs. Chavez and Maravelas rising to the level of misappropriation.

Irreparable Harm.   Because Plaintiffs demonstrated a likelihood of success on their trade secret and breach of contract claims, the Court next considered whether Plaintiffs had shown they will suffer irreparable harm.  According to the court, Plaintiffs provided login information showing that Messrs. Chavez and Maravelas misappropriated Plaintiffs’ trade secrets, and although Plaintiffs no longer provide Messrs. Chavez and Maravelas with access to the VinSolutions system, Messrs. Chavez’ and Maravelas’ willingness to logon after their resignation demonstrated a likelihood that absent a court order they may disclose confidential information in the future.  Of particular note, the court held that this inference was bolstered by the fact that Plaintiffs also provided text messages showing Messrs. Chavez’ and Maravelas’ ill-will towards Plaintiffs and showing Mr. Chavez’ willingness to solicit Plaintiffs’ other employees. Given such evidence, the court held that Plaintiffs presented a sound case that Mr. Chavez may engage in this behavior again towards either their employees or customers, and that this satisfied Plaintiffs’ irreparable harm showing.

The court found that Plaintiffs demonstrated they lack an adequate remedy at law because of the risk that Messrs. Chavez and Maravelas will continue to divulge trades secrets and confidential information, as well as the risk that Mr. Chavez will continue to raid Plaintiffs’ employees and customers could result in Plaintiffs losing goodwill, competitive position, and continuity of business relationships with its customers and employees.  According to the court, money monetary damages could not adequately cure these harms.

Antonio DeBlasio is the founding member of the DeBlasio & Gower law firm.  He has been selected by Super Lawyers® for Business Litigation in 2008 and in each year from 2014 through 2020. Only 5% of attorneys receive this distinction. DeBlasio & Gower’s attorneys have over 35 years of combined experience representing businesses, individuals and estates in Illinois.

This blog post was co-authored by Casey Delury; Pre-law student at Elmhurst College

DISCLAIMER:   While our firm has had success  for many clients, all cases are decided on their own merits.  Judges and juries decide the outcome of cases, not lawyers.  This blog post is not legal advice and should not be relied on by anyone as legal advice in their particular situation.  Furthermore, while DeBlasio & Gower welcomes communications via its website, please be aware that communicating any information to DeBlasio & Gower LLC or any of its attorneys through its web site or via any other method without a formal engagement with the Firm does not constitute or create an attorney-client relationship between you (or any other users, senders or recipients) and DeBlasio & Gower  LLC or any of its attorneys.   Thank you.