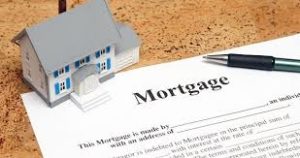 (August 2018)  In the Georgia federal case of McGinnis v. American Home Mortgage Servicing, 901 F.3d 1282 (11th Cir. 2018), Jane McGinnis filed a lawsuit against Homeward (fka American Home Mortgage Servicing), which was responsible for servicing  mortgage loans on seven rental properties owned by Jane McGinnis.  The jury found that Homeward mismanaged her loans to such a degree that it was liable for wrongful foreclosure, conversion of funds, interference with property rights and intentional infliction of emotional distress.  The jury awarded McGinnis $3,506,000 in damages ($6,000 for economic injury, $500,000 for emotional distress, and $3,000,000 in punitive damages).  As discussed below, the federal Eleventh Circuit Court of Appeals agreed with the jury’s verdict and upheld the entire $3,000,000 punitive damage award.Homeward argued on appeal that the jury’s punitive damage award violated the U.S. Constitution’s Due Process Clause (Fourteenth Amendment).  On appeal, the 11th Circuit held that the punitive damages were not constitutionally excessive because the evidence at trial supported the award.

On January 15, 2010, Homeward sent McGinnis a letter explaining that the escrow analysis on her loan could have reflected an escrow error and directing her to disregard the December analysis and continue making payments at the previous amount. On February 20, 2010, Homeward sent a second escrow statement that described McGinnis’s present payment as $843.59 through March 2010 and her new payment, effective April 1, 2010, as $638.32. Homeward treated the past payments of $605.58 as partial, and held the funds in a suspense account until there were enough funds to pay off the oldest past-due monthly payment. The interest and late fees continued to mount and Homeward frequently contacted McGinnis and her son by phone and mail demanding payment.

On May 19, 2010, McGinnis sent Homeward a fax explaining that the correct payment for November 2009 through March 2010 should have been $605.58 and providing her own escrow analysis, which was identical to Homeward’s analysis with respect to payments after April 2010. The only difference was the $843.58 that McGinnis refused to pay for November 2009 through March 2010 and associated late fees. Homeward failed to explain or retract the $843.48 amount and the issues persisted throughout 2010. McGinnis continued to pay $605.58 until January 2011 when she began paying the $638.32. From February through May 2011, Homeward returned McGinnis’s payments. On March 22, 2011, Homeward sent a formal notice of foreclosure on and finally foreclosed on July 7, 2011.

At trial McGinnis testified that the experience traumatized her. Her clinical psychologist testified that the events leading up to the foreclosure were a major cause of depression for McGinnis as well as of physical symptoms that included projectile vomiting.  McGinnis, who was retired and relied on her rental properties for income, described the effect of the foreclosure at trial: “I am too old to start over. They have taken my life away from me.” McGinnis also presented at trial a letter that her son had sent to Homeward on December 17, 2009 describing the undue stress Homeward’s constant demands had caused him and his mother. At trial, McGinnis also presented recordings of phone conversations with Homeward in which her son mentioned his and his mother’s frustration with Homeward’s repeated demands for payment and refusal to explain the increase. Homeward’s only witness, a default case manager at Homeward, insisted that McGinnis was obligated to pay any amount Homeward demanded whether reasonable or in error.

In this case, the court agreed that Homeward’s conduct caused McGinnis physical and emotional harm in addition to economic harm; demonstrated an indifference to McGinnis’s health; knew that McGinnis was financially vulnerable; involved repeated actions of misconduct; and found Homeward’s use of the suspense account also involved intentional malice, trickery, or deceit.

The court also agreed that the jury was free to conclude that Homeward knew its conduct was substantially certain to cause McGinnis emotional harm because of four pieces of evidence:  (1) Homeward’s knew its escrow analysis was incorrect yet proceeded to demand payment repeatedly without explanation and proceeded to foreclose; (2) Homeward’s use of the suspense account in which it held her monthly payments in suspense, failed to apply any of those payments to her balance, charged late fees and interest that were not due all the while increasing her monthly escrow by over 300 percent (making the late fees and interest not due); (3) the jury could infer that Homeward knew its conduct was almost certain to cause McGinnis emotional harm from the sheer volume of adversarial communications and threats of foreclosure, the fact that her son told Homeward of the undue stress the errors were causing his mom; and (4) Homeward’s offer to allow McGinnis to avoid foreclosure by giving in to all of its demands, including paying all unexplained monthly payment increases and all late fees and penalties, showed a specific intent to harm.

The court found also observed that Homeward’s conduct as a servicer were “not typical” and went well beyond ordinary threats of foreclosure because Homeward never retracted or justified its demands for payment despite repeated attempts by McGinnis to correct the errors.  Homeward continued to send demands for payment that literally stacked 5 feet high, even though it knew those demands were unreasonable and that its demands were causing McGinnis harm.

Antonio DeBlasio is the founding member of the DeBlasio & Gower law firm.  He has been selected by Super Lawyers® for Business Litigation in 2008 and in each year from 2014 through 2020. Only 5% of attorneys receive this distinction. DeBlasio & Gower’s attorneys have over 35 years of combined experience representing businesses, individuals and estates in Illinois.

This blog post was co-authored by Casey Delury; Pre-law student at Elmhurst College

DISCLAIMER:   While our firm has had success  for many clients, all cases are decided on their own merits.  Judges and juries decide the outcome of cases, not lawyers.  This blog post is not legal advice and should not be relied on by anyone as legal advice in their particular situation.  Furthermore, while DeBlasio & Gower welcomes communications via its website, please be aware that communicating any information to DeBlasio & Gower LLC or any of its attorneys through its web site or via any other method without a formal engagement with the Firm does not constitute or create an attorney-client relationship between you (or any other users, senders or recipients) and DeBlasio & Gower  LLC or any of its attorneys.   Thank you.