Contractors that inflate amounts due and record mechanic’s liens against real estate run the risk of having the lien wiped out due to fraud.  In a recent Illinois case, the Court did exactly that.  In Father & Sons Home Improvement II, Inc. v. Stuart, 2016 IL App (1st) 143666, the Illinois Appellate Court granted summary judgment to homeowners and a bank against their contractor because the contractor’s mechanic‘s lien constituted constructive fraud under section 7 of the Illinois Mechanic‘s Lien Act, 770 ILCS 60/7.  The Court ruled that a fraud finding was particularly appropriate because the contractor attached to its mechanic‘s lien an affidavit from the president of the company falsely attesting to the truth of the overcharges made in the recorded mechanic‘s lien claim.  Moreover, the Court ruled that the contractor had to pay the homeowner’s and lender’s attorney’s fees pursuant to 770 ILCS 60/17, because the lien claim was brought without just cause or right.

Section 7 of the Illinois Mechanic’s Lien Act provides that: “No such lien shall be defeated to the proper amount thereof because of an error or overcharging on the part of any person claiming a lien therefor under this Act, unless it shall be shown that such error or overcharge is made with intent to defraud.” 770 ILCS 60/7.  Intent to defraud may be inferred from documents containing overstated lien amounts combined with additional evidence. The requirement that there be intent to defraud is designed to protect an honest lien claimant who makes a mistake rather than a dishonest claimant who knowingly makes a false statement. When there is evidence, however, that the lien claimant knowingly filed a lien claim containing false statements the claim will be defeated because the effect of such a lien claimant’s claim is to give the appearance of a greater encumbrance on the property than that to which he is entitled. Thus, not only will Illinois courts invalidate a mechanic‘s lien on the basis of actual fraud, but also on the basis of constructive fraud. The additional evidence required to establish constructive fraud may, however, come in the form of an affidavit, signed by an agent of a contractor’s company, which is attached to the mechanic‘s lien claim, and which falsely attests to the truth of overstatements and overcharges made by the contractor.

In the Stuart case, the Court ruled that there was “no room for doubt over whether [the contractor], at the very least, committed constructive fraud. The allegations of fraud were not merely based on overstatements or overcharges, but rather on patently false statements that plaintiff used to establish its right to a mechanic‘s lien in the first place.   First, the plaintiff’ contractor’s mechanic‘s lien, recorded on September 17, 2009, falsely stated that all the work required under the construction agreement, including the construction of the garage, basement, and deck, was completed by September 12, 2009. This statement was proven false by plaintiff’s own admission that “it completed work at the subject property in or about June, 2010.” Plaintiff must have known that it had not completed all the work required under the construction agreement as the Department of Buildings only issued a building permit on September 10, 2009.  Likewise, the “completion certificates,” which plaintiff had the Stuarts sign as the project progressed, clearly indicate that plaintiff knew that as of September 17, 2009, it had not constructed any of the land improvements (the garage, deck, and basement) required under the construction agreement.

Beyond providing a fabricated completion date, plaintiff’s mechanic‘s lien also stated falsely that the Stuarts owed plaintiff $46,200 as of September 12, 2009. This statement was proven false by the clear and unambiguous terms of the parties’ retail installment contract, under which the Stuarts were not required to make the first installment payment until November 1, 2009. 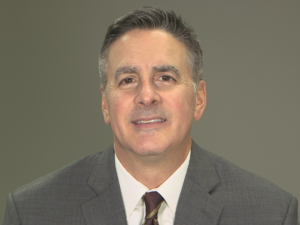 DeBlasio & Gower LLC’s founding member, Attorney Antonio DeBlasio, has been selected by Super Lawyers® for Business Litigation in 2008 and in each year from 2014 through 2021. Only 5% of attorneys in Illinois receive this distinction.  Contact Mr. DeBlasio at (630) 560-1123 or via our website, www.dgllc.net.